Recycling eWaste is Easier Than Ever 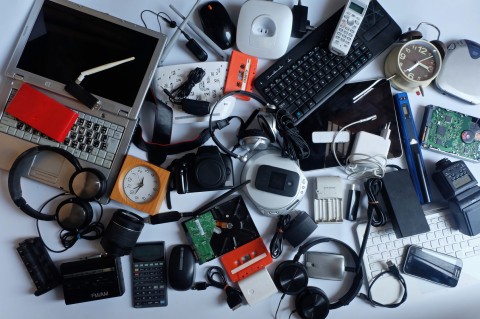 At Directive, we live, speak, and breathe technology and our office is filled with the latest and greatest. However, when you use the latest and greatest, something has to happen to the old and broken. Electronic Waste (eWaste) is becoming an increasing environmental problem as we dump millions of unused products into landfills. Directive, as an industry leader, doesn’t send our old tech to the dump, we recycle it... and encourage that you do too!

Unfortunately, we are the exception, as what usually happens is the worst thing possible; old and unwanted electronics are tossed in the garbage and sent to landfills, where they are dumped and forgotten. While they are forgotten by us, their effect on the environment is long lasting.

When eWaste is dumped and begins to decompose, numerous toxic and hazardous materials and chemicals are released into the environment. The environment being the air if the materials are incinerated, bodies of water, the ground and can even leach into the water table. These toxic materials include mercury, lead, cadmium, beryllium, chromium, and more.

The double-edged sword of technology is that as it becomes less expensive, it becomes more accessible, which is excellent. Let’s face it, whenever people have equal access to technology, society usually benefits.... usually.

However, less expensive can also mean replaceable and ultimately disposable. There is more than 20 million tons of eWaste produced each year, and this number is increasing every year. So it isn’t hard to imagine the amount of stress we are placing on our environment, waste management resources and ultimately ourselves, by not recycling electronics.

What is considered eWaste?
Despite the concerns about eWaste, there is still some discussion about what counts as waste. This is particularly of concern as more household appliances become “smart.’ For example, should a microwave oven with wifi capabilities, a touch screen and a myriad of internal electronics be considered eWaste? Below is a list of electronic products widely accepted as eWaste.

While there is concern about the hazardous materials left behind when we dump our electronics, ironically there is also an incredible amount of wealth being throw away as well. The EPA states that for every 1 million cell phones recycled, we can get 35,274 pounds of copper, 772 pounds of silver, 75 pounds of gold and 33 pounds of palladium.

It is estimated that in America alone there are 60 million dollars in precious metals dumped into landfills every year. Every year, just thrown away. Think about how many issues we could work on if we had access to 60 million dollars. Instead, we bury it in piles of rubbish and then the next year, we toss another pile on top of that.

How to Recycle your Electronics
Like most recycling, you’re going to have to put in some effort, but, in the end, the rewards are worth it. It isn’t easy to wash your cans and bottles or to break down your cardboard boxes, but it needs to be done. When it comes to e-waste, most likely you’re going to have to make an effort to find a locale to take your unwanted tech.

Use your Google skills to find local organizations whose goal is to reduce the amount of e-waste which is going into landfills. One such organization is call2recycle which offers drop off sites for your unwanted electronics. In fact there are 3 locations in Oneonta, which is by no means a bustling metropolis; so chances are you have one close to your location as well. Of course, as noted earlier, we at Directive are happy to take your old electronics and recycle them. Below is a list of equipment we currently accept:

At Directive, We are happy to accept obsolete and non-working computer/electronic equipment free of charge. Just drop off all that old equipment to our office, or talk with one of our engineers when they are on site. We'll ensure your eWaste will be disposed of properly. Recycling eWaste isn’t just about ‘feeling good,’ it about being responsible citizens and ensuring that we do all we can to keep our environment as safe as possible, for as long as we can and is something we all can do.