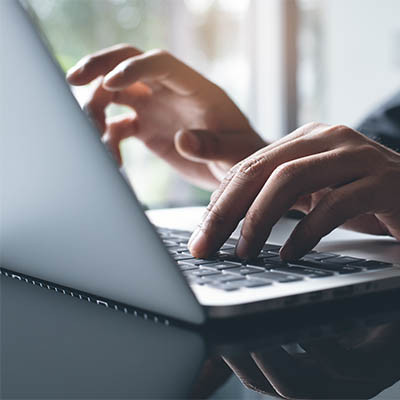 Introduced in 2011, Chromebooks were little more than a web browser in the form of a laptop. However, a decade later, not only do Chromebooks dominate the classroom, as cloud computing continues its ascendence and remote work is embraced, Chromebooks have become the low-cost alternative to traditional laptops.

When Chromebooks were introduced in 2011, they weren't well-received, and rightly so. They were generally under-powered and overpriced, some costing upwards of $350 in 2011 dollars for a device that could essentially just surf the web. They weren’t quite capable enough at first to replace an actual laptop unless you had very limited needs. As such, it's not surprising that many critics expected the Chromebook to follow the footsteps of the Netbook; into the closet of obsolete and forgotten technology. A decade later, we see how wrong they were.

As school districts faced increasing expectations in regard to providing students access to computer technology, many schools in less prosperous situations found they could not provide access to their students. Even with the discounts vendors provided, the reality was for many schools, modern (if any at all) computers continued to be out of reach.

Additionally, underfunded and understaffed schools continued to face issues regarding maintaining the hardware and software they managed to acquire. For example, something as ubiquitous as email would require an investment in email clients, servers, and the techs to maintain and monitor them, not to mention security concerns. Chromebooks, or rather Google, solved this issue for many school districts. As proof of this, note that Chromebooks increased their market share from 2% in 2012 to over 60% in 2017. Thanks to the pandemic and remote learning, they continue to gain popularity as a low-cost device for students and some workers.

How Chromebooks Took Over Education

While there are reams of analysis, the simple answer is that they dominate other markets by giving their products away for free. (Of course, if you’re not paying for the product, then you’re the product, but that’s a discussion for another time.) Google offered their suite of productivity tools for free for anybody who wants them, with reasonably priced business-class and enterprise editions. For example, Chicago Public Schools wanted to reduce the $2 million a year spending on Microsoft Exchange and other email services. Switching to Google’s suite of productivity tools allowed them to cut costs.

Additionally, on average, school districts pay around $300 for a Chromebook which is about half the cost of a comparable Windows-based device, making Chromebooks more economical and further reducing the entry price to the digital age for many schools. For more information about the cost-benefit analysis of Chromebooks, take a moment to read this whitepaper.

Another advantage Chromebooks offer is their reliable and simplistic hardware, which can stand up to K-12 students. Moreover, as an operating system, the Chrome OS is inherently one of the more secure operating systems. This also reduces the investment school districts and other organizations need to commit, as it is less likely to be targeted by cybercriminals. Note: While Chromebooks and the ChromeOS aren’t targeted as often as other systems, they, like all computing devices, are subject to cyberattacks like phishing and other malware, so it pays to train your team to recognize when they are being targeted, and to practice safe habits.

Chromebooks are No Longer Just for Students

If you have a student who was or will be working remotely due to the pandemic, chances are that a Chromebook was one of the recommended options. For many, the first time you ever heard of a Chromebook likely was when your child brought one home from school. It’s understandable that your first thought about Chromebooks is that they are primarily for the school market. Chromebooks have locked down the educational market; they also offer a wide range of consumer-level devices.

There is a new generation of Chromebooks, one which rivals the design and performance of modern laptops. Google realizes that, as with most things, the first exposure a person has with a brand, chances are they will stay with it due to nostalgia. We are now facing a generation of Chromebook users, many of whom may have spent a decade working with them. Due to this exposure, chances are they or their parents are now giving Chromebooks a closer look too.

Moreover, you can extend the functionality of your Chromebook by adding a second monitor, using a Chromecast to cast your display to a larger screen, or using Chrome Remote Desktop to access your office workstation.

Are Chromebooks Right for Your Business?

Chromebooks have come a long way from their "mobile-phone with a keyboard" days, and you would be hard-pressed to tell the difference between a high-end Chromebook and a laptop just by looking at it.

The question remains, is a Chromebook right for your business? Well, it depends. If you're using specialized software that requires Windows, then you would need to provide your users a way to remote into a Windows environment to use it. This has become a best practice for many local businesses that are still fully or partially remote. If you are requiring your users to remote in using a VPN, then they can use virtually any computing device they want as long as it is reliable and secure.

For users that handle most of their work within their email, a Chromebook might be a good mobile option. If your staff is already using Google Workspace (Google’s productivity suite for businesses) then they will feel right at home on a Chromebook.

It comes down to your existing network infrastructure, and the specific applications and compliance standards that you need to adhere to. We’ve been a long-time fan of low-cost, open-source products in the past, and the Chromebook certainly feels like a similar solution. They aren’t for everybody, but they are great devices if you don’t need to tax them too heavily.

We’ve helped some organizations reduce their IT spend by switching their IT over to simpler, cloud-based products and services like this in the past. For example, Google's Workspace allows your team to create work products while collaborating with your team and clients. It’s an alternative to hosting your email in Exchange or using Office 365. Depending on your organization's needs, it may be more cost-effective to make the switch to Google. We’re always happy to help local business owners make informed decisions about their IT infrastructure.

Chromebooks are no longer the limited devices of a decade ago. In fact, in a world where the majority of work is done online, Chromebooks are the only devices designed out-of-box to operate in a purely digital environment. If you’re not sure if Chromebooks would benefit your remote workforce, call us today to schedule a consultation, and we will help you find the right solution for your needs.

More posts from author
Saturday, October 30 2021 The Smartphone Can Be Quite the Productivity Tool
Thursday, October 28 2021 Over Half of Workers Will Work Remotely by the End of 2021, Gartner Reports
Wednesday, October 27 2021 Small Businesses are Finding Places to Fit In Automation
Comment for this post has been locked by admin.