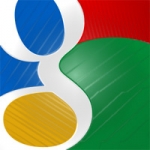 You are running a business. You don't want downtime, you want your email to be as reliable as the sunrise. Google Apps has been adjusting their service level agreements over the years to accommodate to the high demands of the millions of businesses that use their productivity software each day.

Before we talk about that though, I wanted to share an announcement Google recently had. In 2010, the Gmail email service, which provides both free consumer and business email services globally, was available 99.984% of the time. That means about seven minutes of downtime per month on average was experienced in 2010. According to Google, the seven minute average comes from a lot of tiny delays that normally consisted of a few seconds a shot. Most users experienced no issues, and in the rare case they did, a few seconds of delay is pretty easy to miss.

Google does a lot of things that we like, things that some other providers just don't think about. For example, Google doesn't plan for downtime. When they upgrade their services or run maintenance, they expect you to continue to work without any issue. In fact, they have removed the SLA clause that allows for scheduled downtime, meaning they consider any second of downtime an emergency and apply it towards the customer's SLA. Maintenance windows? Not on Google's watch.

In fact, in 2010, Google launched 30 new features and added tens of millions of active users, all without a second of planned downtime. To compare that, the Radicati Group did their research and found that on-premises email averaged about 3.8 hours of downtime a month. Compare that to 7 minutes.

Want to learn more about what Google Apps can do for your business? Give us a call at 607.433.2200 and see if cloud-based productivity apps can save your organization time and money.