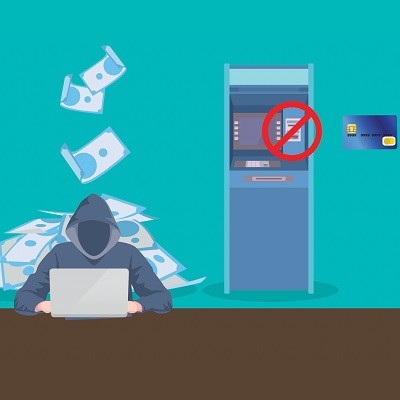 You would think that Upstate New York would be the last place cybercriminals would pay attention to, but as recent events show us, no place is safe from fraud. In May of this year, our area was under attack from a SMiShing scam, then in June there was a rash of phone scams. Now, our area is facing a skimming attack. Read on to learn more about it and how to protect yourself.

In an online alert on September 3rd, Sidney Federal Credit Union (SFCU) reported skimming devices were detected before the Labor Day holiday attached to ATMs in some of their Walton and Oneonta branches. SFCU stated they would be deactivating cards that may have been subjected to fraud and issuing new cards and refunds to approximately 500 customers. Each transaction was usually in the range of $80 to $100. You are advised to check your accounts and report any suspicious activity.

Skimming occurs when a criminal places a counterfeit card reader on an ATM, or even an entire ATM machine itself, and records all of your card information. This allows the thieves to either create counterfeit cards or to make online charges to your account. Unless you are constantly reviewing your account, the first time you may be unaware that something is wrong is when you go to make a purchase and your card is denied due to a lack of funds because your account has been drained.

How to Protect Yourself from Skimmers

Like all things cyber, the best way to protect yourself is to be aware and vigilant. Skimmers can be used at any location that accepts credit or debit cards. This goes far beyond ATMs; gas stations, parking meters, and other devices can also be compromised.

Consider using a credit card instead of a debit card when possible. While debit cards do have fraud protections, when your debit card is compromised, a thief is pulling funds directly from your bank account. This can be problematic if you are on a budget because your checks start to bounce due to a lack of funds.

Avoid using ATMs in non-bank locations. While this incident occurred at an SFCU branch, the majority of skimming occurs at ATMs not affiliated with a bank and placed in locations such as in a mall, store, or restaurant.

How to Tell if a Skimmer is Present

What Should You Do When You Realize You Have Been a Victim?

The first thing you should do is call your card issuer and let them know something is wrong. This way you can prevent any more charges or funds being withdrawn from your account. Also alert the business where the event happened, this way they can disable the machine(s) and prevent anyone else from being scammed. While law enforcement was contacted in Oneonta, it may be more difficult to alert law enforcement in larger cities.

The Importance of Social Media

One additional thing to consider as a business is developing and maintaining an active social media presence. Bank officials first became aware of this issue due to social media posts, which allowed them to begin investigations and support the affected customers before Labor Day weekend hit. Can you imagine the amount of damage that could have occurred to SFCU’s reputation if this crime hadn't been discovered before Labor Day?

Social media is a main avenue of communication with your customers, and like the case of SFCU, it can prevent an inconvenience from rising to the level of a PR disaster due to customer dissatisfaction.

Communication is key to business success. Due to the monitoring of their social media, SFCU has shown itself to be responsive to customer concerns, which has most likely allowed them to retain the majority of affected customers.

If you’re interested in turning your social media into the type of presence which not only allows you to communicate with your existing customers, but attract new ones as well, our Ulitmate Social Media Rig will fit the bill. Contact us at 607.433.2200 to learn more.