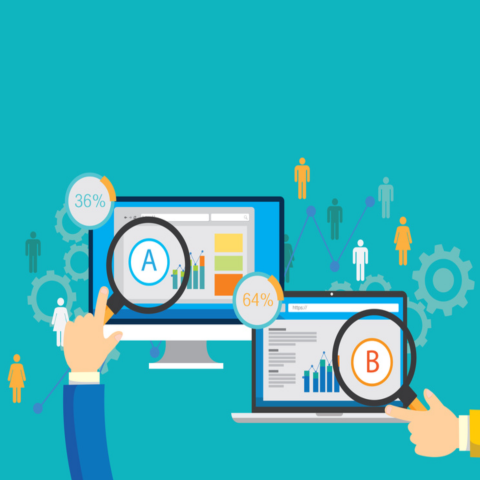 Facebook Advertising is a great way to raise brand awareness and increase your Facebook following. Sometimes your first advertisement might not yield the response you were hoping for. Wait! Don’t get rid of it, rework it with A/B testing.

Nothing is set in stone, in fact you will need to be fluid with your advertising to see what works best. Luckily for us marketers and business people, Facebook has given us an excellent tool and platform highly populated by our target audiences. The targeting parameters Facebook has available are like no other. Want to target a 34 year old male with interests in business, and is located only 25 miles from your office? Facebook’s targeting parameters make these specific audience requirements easily reachable. You might wonder what this could possibly mean for A/B Testing, and it’s probably best to first explain that A/B Testing is not a Facebook feature, but instead something that with Facebook is simple to do.

A/B Testing, which is also referred to as split testing is just a method of finding out which pieces of your advertisement are resonating with your audience. By parts - we mean the headline, body copy, image or graphic, and calls-to-action and/or a combination of those parts.

As an example, below is an advertisement we have run a few times for the fourth piece of this Facebook Advertising Series, Determining Your Facebook Advertising Budget. We like to run ads to the same piece several times to encourage consistent traffic to them! Not to mention finding one of the pieces of this series would easily lead you to the other pieces as well! Regardless, below are two separate ads for the same “product”. The headline is the only changed variable. While Ad 1, on the left had only 3 engagements, Ad 2 had 21 engagements and reached 205 people.

Seeing how only one variable in this advertisement changed we know that it is the headline that resonated with our audience in Ad 2.

For A/B testing your Facebook Advertisements you just make minor changes to either the content of the advertisement itself or the audience or both. Certain words or images may be more appealing than others. For example, there are some words more likely to encourage action than others. Some of the best words to use for calls-to-action include: start, stop, build, grow, join, learn, and discover. So stop wasting your marketing budget on ads that don’t produce results, and start using A/B testing with your Facebook Advertisements.

Once you change out some of your content take a look at your graphic or image used. Is it too busy, too plain, or just flat out, out-of-place? Consider different options. If you have your own graphic designer then have them create a few options that align with your content. If not, try some stock photos. There are so many stock photo resources out there! If you haven’t before, try out Fotolia, Canva, or PicMonkey. For Facebook Advertisements you won’t need very large images which means they are less expensive, and although you might consider just searching for a photo to use on Google or another search engine, just first make sure that it is royalty free. This way you will avoid any legal issues that could result from use of an image without permission. The importance of relevant imagery cannot be stressed enough, disconnected photos, however eye-catching they might be will not send the correct message and will likely result in bounces rather than conversions.

Once you’ve altered the content of the advertisement you should consider the audience who will be seeing your advertisement. Given the highly specific targeting parameters available even the slightest change could modify your audience entirely. Facebook’s split audience feature is an excellent way to make these types of audience changes.

In the next, and final piece of this series we will discuss Facebook Lookalike Audiences and go into further detail on Facebook’s Split Audience feature as well. This is the sixth part of a seven part series. Read the rest of this series by clicking this tag: Facebook Ad Guide. If you’d like to learn more about how you can use Facebook Advertising for your business check out our blog or sign up for our newsletter!

Interested in advertising on Facebook but you can’t find the time to manage and track your ads? Contact us today! We can help! Call us at 888.546.4384 or reach out to us.

More posts from author
Tuesday, May 31 2022 Successfully Manage Your Cloud Resources
Saturday, May 28 2022 These Technologies Can Help Build Better Customer Relationships
Thursday, May 26 2022 AI Can Help Your Business Stay Secure
Comment for this post has been locked by admin.