ALERT: Massive Ransomware Attack is the Biggest Ever 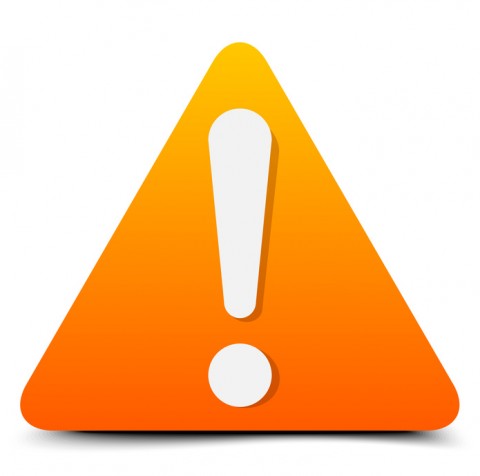 Run your Windows Updates and be very skeptical about opening unsolicited emails. Failure to do so may result in a very dangerous strain of ransomware that could infect your entire network and spread to your clients, partners, and prospects.

Microsoft has even released patches for some older, unsupported versions of Windows to combat the threat that infected PCs all over the world over the weekend.

What’s Going On?
A ransomware worm variant dubbed ‘WannaCry’ struck critical systems all around the world. While the attack has been addressed by Microsoft and halted for the time being, the threat is far from over, especially for users who don’t keep their computers updated.

Discovered early in the morning hours of Friday, May 12, WannaCry spread at a startling rate, reaching victims in 11 countries within its first few hours, and over 45,000 attacks (spread through 99 countries) after a few more hours. By Monday, over 150 countries had been hit by this global cyberattack.

There’s No Specific Target
The victims included many companies that provide utilities, like telecommunications, electrical, and gas companies. Even more frightening, WannaCry caused serious trouble in England’s healthcare systems, leading to massive numbers of non-critical patients being sent home or turned away at hospital doors. Russia found that thousands of its interior ministry computers had been infected. In the United States, the ransomware managed to infect FedEx’s systems, and these are just the big highlights. Businesses everywhere went dark as a result of this attack.

However, WannaCry did not target businesses of any specific industry. This particular ransomware worm is a threat to essentially any PC, old and new.

WannaCry was first discovered by security company Malwarebytes, whose director of malware intelligence, Adam Kujawa, had a few choice words to describe the malware, “The spread is immense. I’ve never seen anything before like this. This is nuts.” This opinion was repeated by many others in the industry.

How Do I Prevent WannaCry?
WannaCry relies on a security vulnerability in Windows. Microsoft deployed a security patch on March 14, so it is critical that users run the update, especially before putting themselves at risk and opening unsolicited emails. Computers that are patched face a significantly smaller risk of getting the ransomware. Key words here; significantly smaller, as in not totally in the clear.

To run your Windows Updates in Windows 10, open up your Start Menu and type “updates” in the search box and choose Check for Updates - system settings from the results. A window titled Windows Update should appear. From there, click the Check for updates button. If it says your device is up to date, you have the latest update. If not, you’ll need to allow your PC to install them.

Evaluating your computer and network security would be a good step in the right direction, as well as educating employees on some basic best practices like not downloading and opening unsolicited attachments.

It’s also critical that your files are backed up securely. If ransomware infects your network, it makes your files inaccessible unless you pay the ransom which only feeds into the problem. Utilizing an offsite backup solution that can easily be restored is the only way to go.

I’m Updated, am I Still at Risk?
There is also the risk that WannaCry is still waiting on some systems that have not been used since the attack began, so this initial attack is still far from over. Any PC on your network that gets infected could infect the rest. Plus, even with the patch, a user could still accidentally download an infected file. It’s also possible that those behind WannaCry will devise a workaround to the patch. Therefore, you should always be mindful as you review your incoming email and do your best to protect your network with managed IT security solutions and backing up your files.

Events like these are why we always encourage timely updates to your systems. WannaCry depended on a vulnerability in Windows, and will continue to infect outdated, unpatched PCs to be effective, and so your first defense against it is to make sure yours has the most recent security patches from Microsoft.

As Microsoft's president and chief legal officer Brad Smith said, “The governments of the world should treat this attack as a wake-up call.”

What If I’ve Been Infected By WannaCry?
Contact us at 607.433.2200 immediately. Under no circumstance should you attempt to pay the ransom.

If you haven’t been targeted, count your blessings. That said, it’s time to start thinking about having your IT managed and maintained to prevent issues like this. Contact Directive at 607.433.2200 and ask how we can help prevent business-crippling issues and security threats like WannaCry.