Are You Putting Your Business at Risk by Neglecting Upgrades? 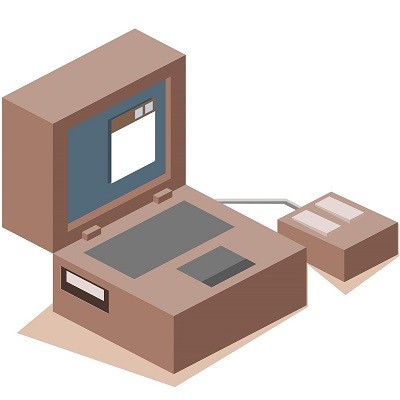 It’s expensive running a business, especially here in Upstate NY. For smaller businesses, sometimes making payroll or getting through the first of the month is a matter of being frugal or cutting back a little.

There’s a lot to be said about being frugal, especially when keeping a business running. However, frugality and business technology don’t mix well at all. Have you been postponing upgrading your business’ technology resources to avoid capital expenses? Today, we’ll explore how that could backfire.

On the Surface, Avoiding Upgrades Makes a Little Sense

Look, I get it - computers are expensive, for starters, and it isn’t as though your business has a bottomless budget to draw from. Besides, many of us were taught the phrase “if it ain’t broke, don’t fix it” to be gospel truth.

While this advice can be very good advice in some applications, your business’ technology isn’t one of them.

Why Upgrading Your Technology Makes Much More Sense

There are a few reasons that you shouldn’t assume that you’re better off saving a few dollars and making due with a solution that’s on its last legs.

As a system ages (and as newer, better solutions are developed), it becomes noticeably slower. Between load times and the speed of general processes, a slow computer will increase the amount of time it takes to do anything with it, inherently making you less efficient and your operations less cost-effective. Your system probably won’t be nearly as effective when running more than one program (assuming that it can at all).

These performance deficiencies can even influence a computer’s shutdown and startup times, making each take far longer to complete. While there are other potential causes of this lag, it doesn’t hurt to consider that it may just be the system’s age.

End of Support is a Factor

Speaking of newer, better solutions, you also have to consider the fact that updates will eventually become unavailable without fully upgrading your solutions. Look at Windows 7 - it is scheduled to reach its end of life within a year, which means that Microsoft plans to discontinue support for the operating system.

At least, that was the plan - it turns out that so many people have stuck with Windows 7 that Microsoft now plans to offer three years of extended security support for the OS… provided that the user is willing to fork over a rapidly-growing chunk of change for those three years.

One way or another, Windows 7 won’t get any better than it is now, as there won’t be any further performance upgrades made.

Last, but certainly not least, you need to consider your cybersecurity. If you aren’t willing to pay for extended security (which is set to double in price, per user, each year it is used) and still use Windows 7, you are implicitly accepting that you are okay with sacrificing your cybersecurity.

One of the biggest advantages to Windows 10, despite the fact that it can create temporary complications at times, is the fact that Windows Updates have been made automatic. However, since Windows 7 has the capacity to deactivate these updates, they can still be infected somewhat easily, and could be leveraged against compliant devices in a botnet, or some other scenario.

Furthermore, Windows 7 has relatively few authentication methods as compared to Windows 10, which makes it less user-friendly and less secure.

How to Tell That It’s Time for a Technology Upgrade.

There are a few warning signs that your technology is due for an upgrade, in addition to the performance and security issues we’ve already discussed. For instance, the hardware of the system itself could become problematic. An older computer is difficult to find better hardware for, and the older the computer, the bigger it is. That’s a general rule, at least.

There are also other concerns - when older hardware tries to run more recent software, it tends to heat up more quickly. If your fans always seem to be running full-speed, that’s a sign that your computer either needs a good cleaning, or a good replacing. That’s also assuming that the software can run at all, which is another sign that an upgrade is due and needs to be prepared for.

Lean on Directive for Assistance with Your Technology Upgrades!

From your business’ workstations to your server, our team has the experience to ensure that they are all running efficiently - whether that entails a few updates or a complete upgrade. For assistance in optimizing your technology, check out what we can do by reviewing our managed services, and call 607.433.2200 to learn more!