Bias Can Impact Your Business from Within 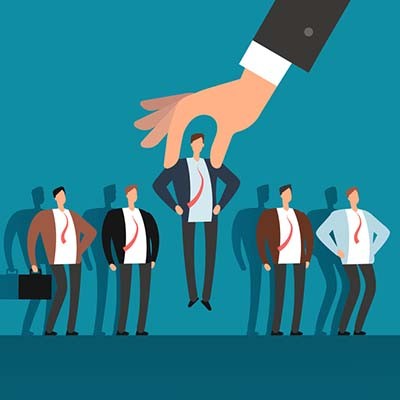 Despite what you may have heard, a bias is not an inherently bad thing. However, if not considered rationally, a bias can easily lead you to make a business decision that does more harm than good. Researchers have uncovered why we hold the biases we do, and how we might work to overcome them.

What We Mean by Bias?
Although this in no way should legitimize the biases that many feel against other groups, there are a few theories that suggest that bias is a survival tool. First, a healthy skepticism of “the other” likely saved quite a few of our ancestors from dying before they were able to perpetuate the species.

Otherwise, our considerably powerful brains wouldn’t be able to process all of the input they receive, creating an overload issue. Putting it simply, our biases allow us to categorize the stimuli of our environment easier, preventing us from breaking down. Boyt’s theory suggests that biases are more than just certain feelings being associated with particular events or input, they are mental shortcuts that allow us to function. As a result, a safe conclusion to draw is that we are all biased - and that doesn’t mean we’re necessarily bad.

How This Can Create Issues in the Business World
These biases can cause some problems, however, and unfortunately, many are associated with some form of prejudice, even though this prejudice isn’t always immediately obvious. Rather, these prejudices were simply a subscription to stereotypical beliefs.

Think about an industry that is notably populated more by one gender than another. This may not be easy at first, as it won’t likely stand out, but once you see the disparity, it can be hard to unsee. This is why the stereotypical beliefs that drive these biases and prejudices can be so dangerous to the decision-making process in many industries.

For example, take the tendency for an orchestra to be primarily filled with male musicians. It isn’t that these musicians are hired by the orchestra because of the fact that they are male, but if auditions were held blindly, with no indication of the auditioners’ genders, the male/female balance suddenly becomes much closer.

A study of GitHub coders showed the same preferential lean. While the industry has historically been male-dominated, a blind review of the code produced favored code that female coders had developed.

Have You Been Biased in Your Business Decision-Making?
The scary thing about bias is that, until it is pointed out to you, you can continue perpetuating it without realizing it. Again, these shortcuts are exactly that - shortcuts - meaning that the thoughts they produce aren’t coming from a rational place. Fortunately, there are tools available to help you evaluate yourself for bias. If you don’t mind anonymously sharing your feelings, Harvard’s Project Implicit has quizzes that reveal your biases to a variety of factors.

That being said, awareness isn’t enough. To paraphrase G.I. Joe, knowing is *only* half the battle.

Once you can recognize that you hold biases, and where they are factoring in and influencing your business, you can learn to stop yourself and reexamine your viewpoint. Boyd calls these moments “interrupters,” and says they can be effectively used as a tool to improve your decision making in your business.

In the meantime, as you turn your focus to understanding your biases, we can help you make sure your technology is managed properly. Give us a call at 607.433.2200 to get one more thing off your plate through Directive’s IT services.