Check Out These 5 Crazy Mobile Contraptions from 2004

Ten years ago, the world was a different place. In the technology world, Gmail was first introduced, and North Korea banned mobile phones. But while North Korea banned them, just south across the country’s border was the ITU Telecom Asia expo in Busan, South Korea, where the future of the mobile phone was bright. How did they think the cell phone of the future would pan out?

Today, we know that smartphone technology changes a lot, and fast. Today’s technology could be tomorrow’s novelty. But back in 2004, things didn’t move so fast. Apple had only just begun work on the iPhone, and Japan’s I-mode mobile Internet service was the only semblance of wireless Internet. At the ITU Telecom Asia expo, several cell phone ideas were revealed. Some were fairly close to what today’s tech looks like, while others were… not so much. 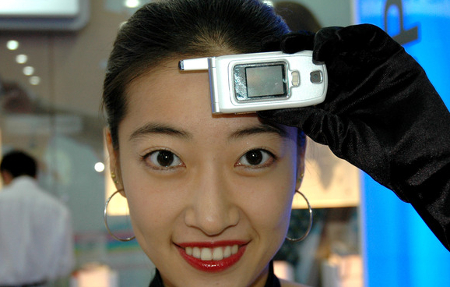 Pantech Body Temperature Cellphone
Today, smart technology allows us to do a lot of things, like scan our bodily functions for health and abnormality detection. The Pantech Body Temperature Cellphone did that… sort of. Instead of using touch-screen technology on a smartwatch, this phone needed to be pressed against the user’s forehead. It then took a measurement of your body temperature. Can you imagine doing that in public? Sure, it was an interesting idea, but not entirely efficient when you can just use a thermometer and get the same results moments later, minus the embarrassment. 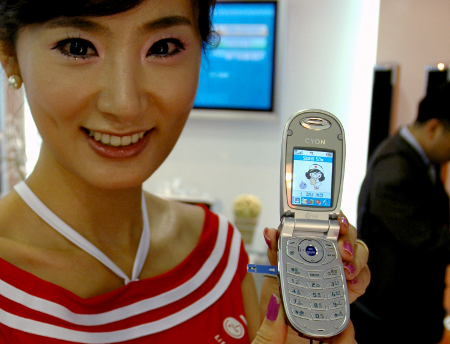 LG Glucose Monitor Phone
Similarly, the LG Glucose Monitor Phone could help its user measure their blood sugar levels. This phone is more involved than the Pantech Body Temperature Cellphone, requiring its user to put a drop of blood on a glucose testing strip and insert it into a reader built into the phone. The phone would then process the blood and provide a blood sugar reading. 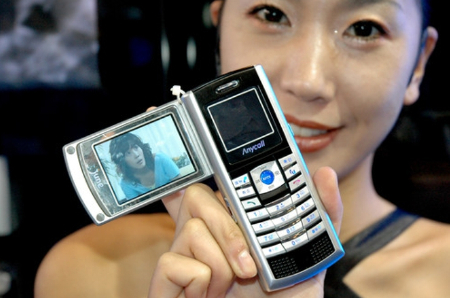 Samsung Satellite TV Phone
Mobile television broadcasting was something that Japanese and South Korean engineers were working on in 2004, and they almost made it a reality with the Samsung Satellite TV Phone. Similar to a flip phone, it had a screen used to watch television broadcast from its own custom satellite, and a camera to record up to two hours of film. Due to the rise of free television and online streaming, the phone was largely unused. Cell phones today have adopted several of these concepts, though; video recording and online streaming are two particularly common functions of modern smartphones. 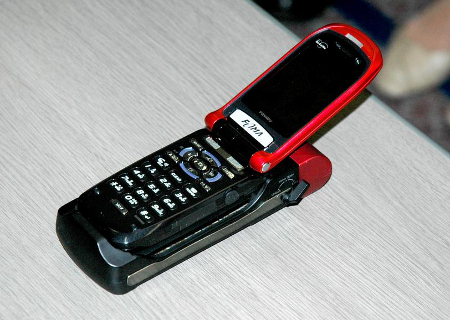 NTT DoCoMo Fuel Cell Charger
Even today, the technology industry is trying to improve the way that we charge mobile phone batteries. Back in 2004, it was even more of an issue. By using a portable fuel cell, the NTT DoCoMo thought it could fix the energy problem. According to InfoWorld, “The idea was that small methanol cartridges would be sold in convenience stores and, when your phone ran out of power, you could snap it in the charger cradle, squirt in some methano, and be back in business.” Seems like a lot of work for a charger, especially when compared to today’s mobile phones and car chargers. 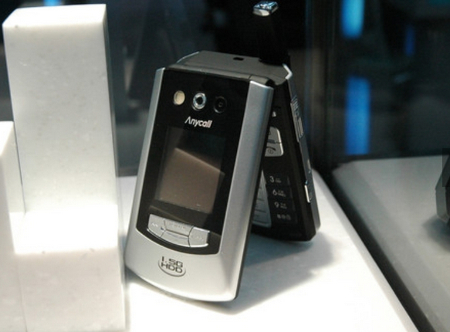 Samsung Hard Disk Phone
Mobile phones didn’t used to have a ton of space on them for storage, so Samsung introduced its SPH-V5400. The South Korea-exclusive cell phone packed an impressive 1.5 gigabytes worth of storage capacity. Obviously, that’s not so impressive now, but it was a pretty big step in the right direction. Considering how most USB flash drives can hold more information than this phone, we think it’s a bit outdated.

What are some of your favorite old pieces of technology? Did you happen to own one of these phones? Let us know in the comments.