CPT: Love is in the Air… or is it Chicken, Pasta and Bacon? [Video] 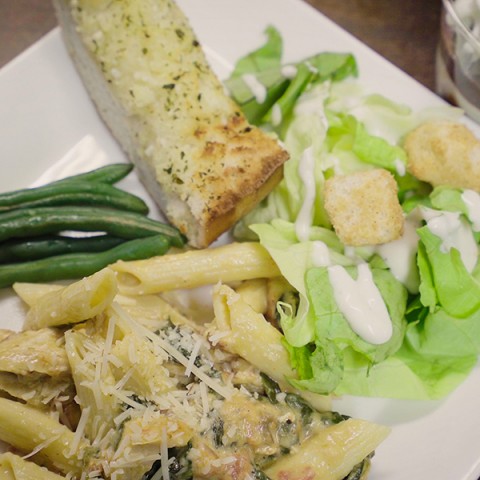 It is hard enough to put your deepest personal thoughts to paper, but it’s damn near impossible when there is chicken-pasta with spinach and bacon sizzling in the background. Sean found just how hard it was to write from the heart when his stomach was making googly eyes at the creamy tomato sauce. It is certain that our crew fell head over heels for today’s Crock-Pot Thursday meal.

Eat your heart out with the video and delicious date-night recipe below!

Chicken Penne with Bacon and Spinach in Creamy Tomato Sauce

Recipe courtesy of: What's In The Plan?