Is a Better Camera a Good Reason to Buy a Smartphone? 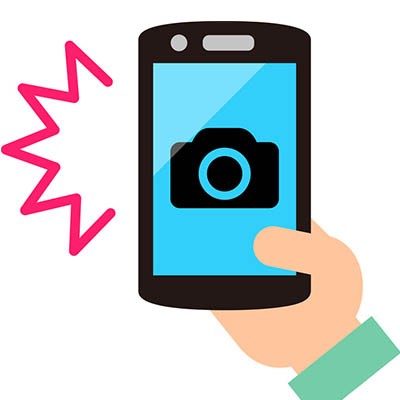 Today the smartphone camera has become one of the biggest selling points when consumers look to purchase a new phone. This is largely because it is crucial to the use of many of the applications that your average user uses the smartphone for. It just goes to show that in less than two decades how much utility the phone has than it did when the Samsung SCH-V200 first offered users the option of taking pictures with their phone.

The first cameras offered for mobile phones were handheld cameras that had a wire to connect the phone and the camera. When the SCH-V200 was first made available, it changed the way people thought about their phones. Even though the photo quality left a lot to be desired, and you needed to hook the phone up to a computer to get the photos off your phone, it started a trend that has changed the way people express themselves. It was also one of the first signals that the information age was in full swing. Today, we’ll take a look at the history of the phone-based camera and how it has facilitated many of the major shifts in mobile computing.

Early Smartphones
As was already mentioned the first phone that offered an onboard camera was the Samsung SCH-V200, but it didn’t take long before the innovation of the phone that allowed users to access and send pictures from their phone. That technology was improving for a couple of years when in the mid-2000s the first smartphones were released. The original iPhone, and HTC’s first smartphone, the T-Mobile G1 both sported rear-facing cameras; and, even though none of the reviews made reference to this particular feature, it became evident pretty fast that the applications that could be presented on a computer (with a camera) that fit in someone’s pocket would be one to move the needle.

Newer Smartphones
A few years later, the first front-facing camera was introduced, making it simpler to take your own picture. Called “selfies”, they introduced a capability to share experiences like never before. With the expansion of Internet connectivity and with the introduction of the social media website the smartphone camera became a major feature.

As the smartphone continued its development the options that helped the camera to be more a feature than just an option started becoming evident. The LED flash, now standard on most mobile devices became a big hit as snapping photos in low light was often difficult without proper lighting. The software that ran the camera hardware got much better with autofocus, video capture, and optical image stabilization. Options like these were made possible by the uptick in processing power of the chipsets on these devices.

Social Media and Application Development
The importance of the smartphone camera was limited for much of the first few generations of smartphones. Even the addition of the front-facing camera wasn’t enough to make a device’s camera a major selling point. This all changed seemingly overnight with the ability to capture high definition video. This feature, combined with the development and innovation of the social network (specifically YouTube), made having a camera on you at all times a selling point for the phone consumer.

Nowadays, there are dozens of social networks and social media apps that require the use of powerful front and rear-facing cameras. There are 300 hours of video uploaded to YouTube every minute. As a result, some pretty spectacular (and bizarre) things have been captured using smartphones over the past 10 or so years. In fact, an award-winning, feature-length film called Tangerine was shot using only an iPhone.

Camera Saving Stagnating Mobile Market
For the past several years, the processing power and application development that once drove the smartphone market has stagnated somewhat. In fact, it seems as if manufacturing smartphones is only profitable for Samsung and Apple. The cameras on new devices, however, are better than ever. Today, some high-end phones are being built with dual-lens cameras. This provides the user with more options in which to capture the world around them. Other new features include:

With cameras improving all the time, the smartphone has become a virtual mobile studio. Are you proficient with your smartphone’s camera? Leave your personal tips and tricks in the comments below and check back here for more great technology information.