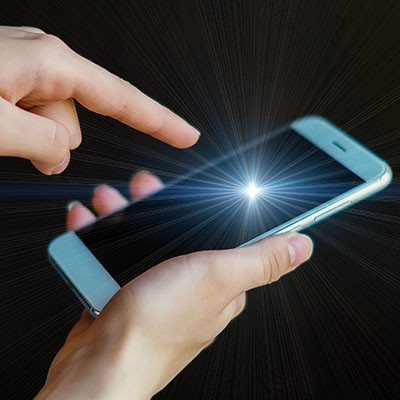 I feel like we’ve been talking a lot about the horrifying cybersecurity threats that loom over our heads, and thought it might be nice to really appreciate just how gosh-darn cool some of these devices we all have can be instead.

I still remember the hype for the very first iPhone. To many very excited people, this was the first time a personal computer was going to fit in the palm of their hand.

Steve Jobs was an incredible genius at hype and marketing. He told his customers that he was changing the world with this new conceptual device, even though some of us nerds had been using Palm Pilots, Blackberrys, Windows CE, and Windows Mobile devices for years before the first iPhone was but a sparkle in his eye.

Still, you need to hand it to him, he brought the smartphone to the general public.

We’ve seen a nice gradual evolution of these devices over the last decade and change since the first iPhone was released, and I think a lot of that evolution has been so subtle that some of us really haven’t noticed just how great these devices truly can be.

Samsung DeX Turns Your Smartphone Into a Handheld Desktop

Have you seen this?

It’s exclusive to Samsung’s line of Android smartphones, so if you’ve never jumped on the Samsung bandwagon, you might not have caught wind of it.

Samsung has this neat little app called DeX that gives you a desktop-like experience when you connect your Samsung smartphone or tablet to a monitor, keyboard, and mouse.

It’s not quite a full Windows experience—you are still using Android and your Android apps, but using Microsoft Office applications like Word and PowerPoint or surfing the web works great.

Some Modern Tablets Can Be an Artist’s Canvas

While the tablet market hasn’t really found its place as much as we all thought it would a few years ago, there is still a very dedicated niche for them that has been very exciting for those extra creative types.

If you’ve ever seen the desk of a modern digital illustrator or artist, you’ve probably seen those huge expensive digital drawing tablets that they use. The leading brands tend to cost several thousands of dollars, and they are far from portable, chaining the user to their desk to draw and design.

Apple’s iPad has changed the game for artists when paired with Apple’s proprietary pencil, an extremely accurate device that gives artists control over every stroke. This is way different than using a typical plastic stylus on a regular touchscreen. Like the expensive Wacom drawing tablets that most hobbyists can’t afford, the Apple offers tilt and pressure sensitivity in a similar way that an actual pencil or paintbrush does. Low-cost, sophisticated illustration applications like Procreate can give the user a whole ton of tools to design, create, and digitally paint anything they want.

While Apple was definitely the first tablet manufacturer to nail this, Microsoft has a similar solution with their Surface line of tablets. It’s a little less accurate compared to Apple’s solution, but for most hobbyists, it is more than adequate. Samsung’s Galaxy Tab line of tablets also includes the Samsung S-Pen, which uses very similar technology as Apple does, and while the Procreate software is exclusive to Apple, Samsung partnered with Clip Studio and runs a fully-capable alternative in their ecosystem.

Did you cut the cable? So many people have ditched cable television in their homes thanks to streaming services like Netflix, Disney+, and Hulu. On top of that, YouTube and YouTube TV simply offer more content than you could ever possibly watch.

If you’ve dropped cable, you probably ended up purchasing a Google Chromecast or Amazon Firestick and use that to access your streaming services, or you have a TV with Amazon, Google, or Roku built in.

It’s still incredible to me (honestly, I feel like Tony Stark in my own living room) that I can pull up Netflix on my phone, tap on Stranger Things, and broadcast it straight to the television.

Okay, there’s still something special about physical books, but I digress.

Let’s Appreciate How Neat All This Stuff Is!

These devices that we carry every day are just so capable, and so convenient, and I don’t think we’ve even begun to scratch the surface.

Fitness tracking! Augmented reality! Mobile banking! Who would have guessed 10 years ago that you would be able to pay your dinner bill with your smartphone or smartwatch, and have your friend digitally send you their half of the bill over Venmo or Paypal?

Of course, with all of that, there are drawbacks.

Social media algorithms have definitely worn down a lot of people. Cybersecurity threats are a huge problem. We don’t quite know how much screen time is too much screen time for kids, and how all these carefully crafted, addicting systems play a role on young people. For some of us, it’s easy to ignore these problems and just use the mobile device for work emails and messaging, just as easy as it is to get totally hooked on doom-scrolling Twitter.

We hope that no matter what camp you are in, that you use technology wisely and safely. We hope that it brings joy and value to your life, makes you more productive, and makes it easier for you to enjoy the things that really matter to you.

There’s no lesson today. There’s no call to action. I just wanted to share some things I thought were really cool. What do you think? Do you have any cool stories about technology that you’d like to share with us?