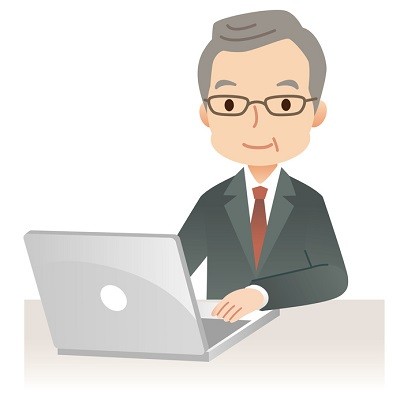 Let me ask you something… how would you describe your ideal employee? Many people would rattle off a list of qualifications and personality traits - dedicated, focused, and experienced - with little issue, but seem to never be satisfied with the experience level of their young applicants. However, another group could make a great source of promising candidates: older workers.

If you paused there, you’re likely harboring some common misconceptions about workers who are of what is traditionally retirement age. Here, we’ll try to clear some of these misconceptions up so you won’t inadvertently pass up on promising candidates - candidates from a growing population.

A Few Myths About Older Workers

There are a few lasting assumptions about older workers that are simply inaccurate. For instance…

Any employer should want their employees to be engaged in their work. As a result, an older employee who will “lose interest” isn’t ideal. The thing is, studies have shown that those who work past retirement age show higher levels of job satisfaction and engagement. In a way, this makes a lot of sense… they are choosing to stick around, after all. Speaking of which….

Myth #2: Older workers won’t stay with a company as long as their younger coworkers.

Each of your employees is an investment into your company, so it only makes sense that you would want to see some return. The anticipation that an older employee will leave sooner than their peers is not only damaging, it is statistically inaccurate. Studies have shown that over half of millennial employees aren’t just prepared to, but plan to leave the job they have within a year. On the other hand, older employees have already gained the experience that these millennials are seeking, which allows them to be more loyal to your business.

Again, this presumptive stereotype comes from the anticipation that an older worker will be sick more often, and will therefore miss more time. There are other stereotypes at play here as well, including those that older people are difficult to communicate with because they are stuck in their ways. Studies have shown the opposite to be the case on both counts.

These presumptions are indicative of a larger trend of prejudice against older workers. Dr. Peter Cappelli, of the University of Pennsylvania’s Wharton School, had this to say in a 2011 interview:

The Benefits of Hiring Older Workers

So, what are businesses missing out on by passing on older applicants? Quite a bit, as it turns out.

If someone already has years of experience ahead of them, they’ve likely been through plenty of stressful situations, and have come out on the other side. As a result, they are able to look past the immediate noise and panic of a situation to see the peaceful resolution on the other end. This is an invaluable influence to have in the office.

On a related note, these stressful situations will have also taught those who lived through them how to properly handle certain situations. Again, you want a calm presence in your office, and there’s also the opportunity for these employees to teach the younger folks how to handle particular problems.

We’ve all heard the stereotypes about older people… they’re stuck in their ways, they’re unwilling to learn, they aren’t good with new methods of doing things or new technologies. For some, this may be the case, but these stereotypes are by no means the rule. Many older workers have learned how to be more flexible through their life and work experiences, and can bring that to your workplace to your benefit.

Of course, as capable as they are, there’s a fair chance that some of your new hires won’t be familiar with the technology that your business leverages. This is just a matter of providing them with the training that they need to learn.

Directive has a lot of experience training users to leverage technology solutions. We can come in and teach your users to best use the tools you’ve provided them with. For more information, reach out to us at 607.433.2200.

While you’re learning about the generational differences between workers, make sure you check out our piece on Generation Y, as well!