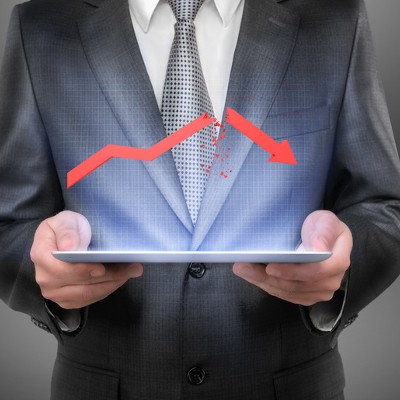 When tablets first hit the market, the general prediction was that they would eventually replace PCs as the de facto device for computing, However, based on their steadily declining sales, this prediction seems to be a little off base--but, why? A closer examination provides some insight into why tablet sales have dipped.

If It Ain’t Broke, Don’t Buy a New One
If there’s one thing that is brought everywhere in today’s world, it’s one’s cellular device. Many also habitually carry their laptops with them, if not to the same extent as their phones. These devices can be found in the office, the home, the local cafe, at the airport, at the bus station… really, anywhere that people can be found. However, when was the last time you saw someone walking around with a tablet?

For whatever reason, people tend not to bring their tablet out, which leads to less wear and tear on the device. A device that is gently cradled in one’s lap with one’s feet up will sustain much less damage than one that is brought literally everywhere. It is this difference in usage that gives the tablet its relative longevity, and that prevents tablets from being bought and replaced out of necessity.

Nobody Pressures You to Upgrade
The free upgrades with a contract renewal and the new plans launched by Samsung and Apple, have cemented in the idea of replacing a phone on a regular basis. This is an idea that is not associated with tablets. In addition to the lack of wear covered above, there just isn’t the motivation to upgrade, largely because there aren’t many groundbreaking changes made to them. Looking at the situation frugally, why would someone spend money to replace something that still serves them perfectly well.

Awkward Dimensions
Comparing the sizes of tablets to those of smartphones and laptops, it becomes clearer why someone would more likely opt for one of the alternatives before selecting a tablet. Smartphone displays have become large enough to effectively take the place of a tablet, and convertible touchscreen laptops are essentially a more powerful tablet with more utility. This leaves the tablet in the middle of the road, falling short of user’s needs either way.

Reasons like these have led to tablets falling in popularity when compared to smartphones and laptops. However, there are still plenty of situations where they can prove their usefulness in a business environment; depending on the needs of that business.