Why Google Fiber is a Game-Changer for the Internet

We all know how important an Internet connection is to the success of any business. In fact, it takes an exceptionally powerful cabling protocol to ensure that your business’s Internet connection remains constant. While many businesses take advantage of big cable companies like Time Warner Cable and Comcast for their Internet needs, a select few have the option of Google Fiber.

What is Google Fiber?
Google Fiber initially began as an experiment that was designed to deliver high-speed Internet and cable television to the Kansas City metropolitan area, but has since developed into a full-fledged Internet provider for a number of locations around the United States. 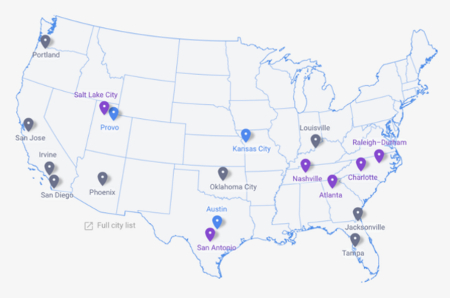 As explained by CIO:

And optical fiber is the only choice for connectivity that exceed 1,000 Mbps, aka Gigabit Internet. Optical fiber provides higher bandwidths – download speeds 40 times faster and upload speeds more than 300 times faster than garden variety broadband – and spans much longer distances than electrical cabling. And some companies, such as Bell Labs, Cisco, and Comcast are claiming that their new "fiber optic" services (when eventually installed) will be 10 times faster than Google.

Google Fiber Reception
Many people are finding Google Fiber to be an exceptionally potent way to keep both their personal lives and their businesses online. Especially in light of the controversy surrounding Comcast and Time Warner Cable in recent years, folks in participating cities are happy to have an alternative for their Internet. In particular, businesses in areas where Fiber is available are finding that they appreciate the fast Internet access, citing that the service is cheap and convenient for their purposes.

On the other hand, however, there have been some instances where Google’s bundled services aren’t up to snuff, including a major complaint over privacy. Apparently, Google’s systems scan your activity in order to customize advertisements for Gmail and YouTube. These settings can be altered, but should only be attempted by your trusted IT technicians.

You need fast and efficient access to the Internet and all of your cloud storage, including applications and data stored online. When you have trouble accessing mission-critical data like this, it can impede operations and threaten your entire business model. Therefore, what you need from your Internet and wireless solutions is simple: reliability with the ability to scale and expand in accordance with your organization’s growth.

When it comes to wired and wireless technology, Directive has the skills necessary to help your organization optimize its cabling and Internet deployment infrastructure. For more information, contact Directive at 607.433.2200.