Why You Need to Be Certain You’re Using Licensed Software 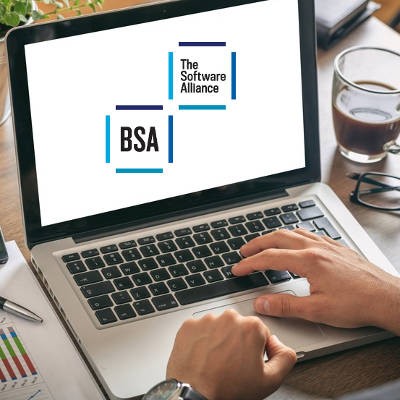 Using pirated software or abusing your software licenses for your business is heavily frowned upon. However, many software companies, in an attempt to protect their products, have unleashed a practice that can actually reward those who let it happen in the first place.

To begin, we want to say that we feel that nobody should use pirated software. However, while we don’t condone software piracy, we also can’t say we’re comfortable with the tactics that are used to combat this piracy, either. This is especially true when we consider the kinds of activities that BSA | The Software Alliance, engages in.

A Bit of Background
BSA is an international advocacy group for the proper licensing of business-centric software solutions, with a member list that includes IBM, Apple, Microsoft, Adobe, Trend Micro, and many others. The organization, according to their website, “pioneers compliance programs that promote legal software use and advocates for public policies that foster technology innovation and drive growth in the digital economy.”

This would be all well and good, if it weren’t for the tactics that BSA has used in the past to accomplish their other goal. Pirated software is BSA’s main target, and they work to make any business found with any unlicensed software installed pay, and pay a lot.

Their Preferred Tactic: Bribery and Social Media Guerilla Marketing
BSA has a history of targeting businesses under suspicion of having unlicensed software in use. However, in order to catch these businesses in the act, BSA targets their employees.

BSA has a history of leveraging social media marketing to target the employees of companies directly. These ads have promised a cash bounty in exchange for turning in their employer for software piracy. A now-seemingly-defunct Facebook page for a campaign run by BSA would entice users to turn in businesses in exchange for a cash reward.

However, who would know if a business was using unlicensed software better than one of that business’ employees?

BSA seems to have known this from the start, running ads that read “Nail your boss. Report Software Piracy” before taking a more subliminal, covert approach through targeted social media efforts. These efforts are targeted towards those whom you have employed, and attempt to sway them into blowing the whistle on you for software piracy by offering a bounty.

Or, in other words, pay less of a bounty while still collecting retribution from the company.

Why You May Have a Problem
Unfortunately, there are plenty of ways that you could be left on the hook if BSA were to ever come knocking on your door, and many of them are completely due to your employees. For instance, if you’re caught with unlicensed software installed on your system, you’re the one responsible, not the employee who installed it.
The same is true if an employee installs the same software license on multiple devices. If that employee were to leave with bad blood, they could report you for it, even though they were responsible for it being on your systems.

How to Solve the Problem
You need to be sure that you have no unlicensed software anywhere on your network. Running an audit is a simple way to identify and dispose of any software that might trip you up with BSA, allowing you to solve the problem before dealing with the circumstances that come from actions done without your approval.
Directive can help you run this audit, and deal with any software that doesn’t meet the requirements set by BSA. Call us at 607.433.2200 to ensure your business is protected.