The Tech Predictions of 2012 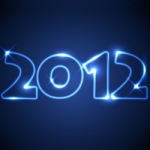 Granted, growing up we were made to believe that by now we'd have flying cars and robot butlers, but technologically speaking we're in a pretty great era of gadgets and conveniences that aren't just giving us cool toys to play with, but are changing the way we communicate, learn, and work. Let's look at what's in store for the world in 2012.

For years there have been attempts at building low-end computers to aid education and development all over the world. British game developer David Braben and his team have produced the Raspberry Pi, a $25 computer that's about the size of a USB thumb drive. The PC doesn't have a whole lot of get-up and go, but it is more powerful than the original iPhone. While the computer doesn't include an input device or screen, it's a step in the right direction for ultra-affordable equipment for schools and individuals in areas that otherwise couldn't afford it. The barebones computer runs open source software including the Linux operating system Ubuntu.

The Year of the News Aggregators

While this is already in place, mobile computing is here and here to stay. With powerful mobile computing devices like the Apple iPad and a whole slew of smartphones and tablets, people are spending less time getting the same things done on the go as they would chained to their desktop computer. This includes the way we get information, and big names in the news industry know it. Apps are available across all platforms that allow the aggregation of news and information on mobile devices and make it incredibly easy to keep track of both local and world events and filter content to customize the user experience. The popularity of this is expected to explode in 2012 as more people dive into the world of mobile computing and start to ditch traditional venues.

Social Media's Influence on the World

One of the coolest things about living in the world today is the explosion of social networks. With more than 800 million active users on Facebook (predictions say that number could reach 1 billion in 2012) and 48 hours of video uploaded to YouTube every minute, the world has forged new ways to share views, communicate, advertise, and entertain. Conflicts of all sizes throughout the world have been taking advantage of social media to tell the stories traditional media wouldn't. Businesses now need to be wary of what's going on on the social networks because it's no longer about 'if' people are talking about you. We're only going to see this grow in 2012.

Expected to be released mid-late 2012, Windows 8 is Microsoft's answer to Apple's tablet-based IOS. What makes Windows 8 special? It's also the successor to Windows 7. That's right, the same OS Microsoft is tooling for mobile tablets is also being built for your desktop PC and laptop. It's a little too early to say if this is a good thing or not, either for the tablet market or the PC market, but Microsoft is definitely going all out with their new OS. With a new interface, an App marketplace and better resource handling, Windows 8 looks amazing on paper. Even if Windows 8 doesn't turn out to be amazing on day one, it's likely it will get the typical Microsoft treatment and endure refinement aplenty until they get it just right.

We've got a lot of great things to look forward to in 2012. Technologies and new practices and new ways to communicate are only the start. We really want to know, what are YOU looking forward to? Leave us a comment below and let us know what 2012 brings for you, technology-related or otherwise! Most important of all, here's to a great new year!