Can We Innovate Electronic Health Records? 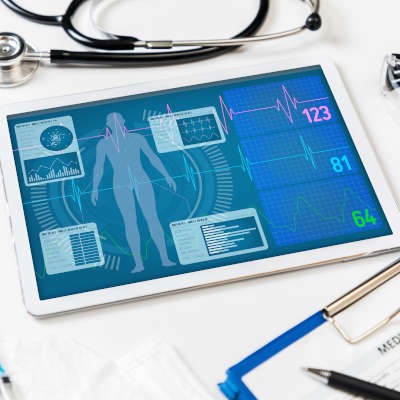 It’s important to note that all parties involved in patient care (including the patient) benefit from the Electronic Health Record (EHR). These systems are now fundamental to a successful health maintenance system. As more technology is developed that could be integrated into the EHR platform, there is a stalemate of sorts keeping EHR technology from being what it could be. Today, we will briefly discuss some of the issues.

Electronic Health Records were developed to enhance the speed that health care organizations could see patients, get them the care they need, and get paid. With so many moving parts, the EHR would change the face of healthcare, but have they been consistently updated to give patients control over their experiences with their healthcare providers? Not always.

There are a couple of reasons for this. The first is that the EHR, while being a platform that could do a lot for a patient, was actually designed to streamline patient care and keep costs from inflating too much. Neither has really worked as costs continue to rise and EHRs aren’t always up to date with all relevant information. Another is a result of cost inflation: many healthcare facilities are being sold to larger healthcare providers and then being dismantled. These mergers and acquisitions dictate that any EHR functionality be consolidated, making cost too prohibitive to innovate. Furthermore, every major EHR system is highly proprietary, making interoperability with other systems a non-starter for many EHR companies.

Regardless of the reasons why innovation isn’t happening, it’s not. There are many technologies that have been developed in the past decade that could be worked into the EHR to give patients more control over their own health data, but without consistent upgrades made to the EHR systems these opportunities are lost.

Governments from all over the world have spent a lot of money attempting to promote the use of the EHR. The thought behind it is intriguing. A digital file where every piece of data that is needed by healthcare providers to give the best patient care, as well as a way to connect insurers into the process to ensure that these providers get paid. During the last economic downturn in 2009, the HITECH Act was passed with billions of dollars going to healthcare providers in order for them to upgrade away from the file folder system that doctors had been using for decades prior.

In those 11 years, many organizations that implemented EHR systems haven’t upgraded them. Imagine if you were using a piece of software that was developed 11 years ago? Microsoft just retired Windows 7 support forever. That OS was released in 2009. The point here is that in order for the healthcare system to innovate, it will take an investment by healthcare providers to continue to push the envelope by implementing software that is on the cutting edge, not trying to patch software that should have been replaced three times over.

Modern EHR solutions have some of the most innovative tools right down to active imaging and reporting. There are solutions today using IoT sensors that can tell doctors and nurses everything they need to know about a patient so that their time is used resourcefully. It’s a shame that people are stuck paying some healthcare providers exorbitant costs while they use technology from yesteryear.

If your medical practice is looking to make an investment in their patient’s ability to take control of their health, call the IT professionals at 607.433.2200 to talk about how we can help you innovate your EHR platform today.