Directive has been serving the Oneonta area since 1993, providing IT Support such as technical helpdesk support, computer support, and consulting to small and medium-sized businesses.
Categories
Tags

The Small Business Guide for Preparing for Disaster 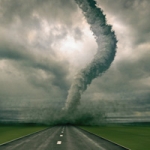 It's the start of the 2011 hurricane season, and with Hurricane Irene making contact with Atlantic coastlines this week, it certainly doesn't hurt to make sure your business is prepared for a disaster. Even if you are lucky enough to not be affected by these devastating storms, there are plenty of opportunities for nature to cause havoc on our way of life. It's never to late to put together a Disaster Recovery Plan (alternatively known as a Business Continuity Plan) in case a natural (or otherwise) disaster were to occur for you. Nobody wants to think a disaster might happen, but it isn't impossible. Here are a few steps small businesses can take to become better prepared.

New Study Addresses the Challenges of Readjusting to the Office Environment

For the past year or so, most workers around the world were forced to work remotely in order to adhere to the strict social distancing guidelines imposed by governing bodies. Now that the time has come to return to the office, many workers are finding that their expectations are a bit different than they were previously, forcing business owners to respond.

Tip of the Week: Ergonomics Tips For the At-Home Worker

Not everyone has a living situation that is conducive to working from home. That’s why many people have some problems as they are forced to work remotely during the COVID-19 pandemic. One of the problems with not having a dedicated space or the right type of situation to get work done from home is that your physical health starts to suffer. Today, we thought we would go through a couple of ergonomic suggestions that can help any remote worker feel better when working long hours from home.

Healthcare is a hot-button issue regardless of where you live. As a result you’d think that the industry would be one of the first to implement new information technology. Unfortunately, the healthcare industry has sometimes lagged behind other industries on the deployment of new IT tools. One technology that is being used in the development of new IT tools for healthcare is blockchain. Let’s discuss how blockchain technology is being utilized and how it can change the face of patient care going forward.

Can We Innovate Electronic Health Records?

It’s important to note that all parties involved in patient care (including the patient) benefit from the Electronic Health Record (EHR). These systems are now fundamental to a successful health maintenance system. As more technology is developed that could be integrated into the EHR platform, there is a stalemate of sorts keeping EHR technology from being what it could be. Today, we will briefly discuss some of the issues.

For the SMB Returning to Work

Many states’ stay-at-home orders that are/were designed to mitigate the spread of the COVID-19 virus are now lapsing all over the U.S. As a result, business owners are re-opening their doors to a great deal of uncertainty. We have put together this guide to help the business owner understand that, even though you’ve finally been given the go-ahead, you have a responsibility to keep your staff and customers safe.

We Need to Flatten the Curve of Cybersecurity Risk

People have been examining the COVID-19 pandemic and the resulting economic and social shutdown from every angle. Unfortunately, some of those people took it as the opportunity they’ve been waiting for to try and steal data and in some cases money from unprotected and unprepared people and businesses online. Let’s examine how the events surrounding COVID-19 have had an effect on cybercrime.

Small Businesses Face Hard Work Getting Back to Normal

It isn’t exactly business as usual, but things are beginning to resemble the reality we all knew before COVID-19, thanks to the use of cloud services as a means to continue processes while social distancing is still in play. However, some businesses may still be reluctant to embrace them.

Tip of the Week: Making Sure Your Workstation is Sanitized

We spend a lot of time on this blog talking about virus avoidance, but today we thought we would go into things you can do to keep another type of virus--specifically COVID-19--away from you and your technology.

Tip of the Week: Pandemic Problems

Now months into the COVID-19 pandemic, stay-at-home orders are still in place causing most financial analysts to suggest that the economies we depend on might not look the same when business returns. Let’s outline a couple of tips that will help get your business through this terrible situation.

Coronavirus is Shifting the Communications Industry

With COVID-19 urging people to remain at home, many telecommunications companies have started to make concessions to make life easier for their customers. Whether it is used for entertainment, work, or communication, Internet access is crucial right now, and so ISPs and cell carriers are taking steps to help facilitate this.

Tip of the Week: Stretch Your Legs and Get Healthy at Work

Tip of the Week: Looking After Your Health at Work

The office can be a stressful place to work, and sitting still for so long can be difficult to handle in terms of both physical and mental wellbeing. Some people can experience health problems or feelings of depression, dissatisfaction, and generally negative emotions. Here are a few pointers to help your staff avoid the feeling of being unsatisfied by their static jobs.

How to Be More Productive by Not Working

Every so often, even the best employee needs to take a break for the sake of their mental well-being. Just like the devices we all use every day, our brains need a chance to charge back up. Without a chance to de-stress and decompress, we are all vulnerable to burnout. Here, we go over a few ways you and your employees could refresh yourselves.

Virtual reality is quickly becoming a smash hit with many industries, but one of the most incredible and unexplainable phenomenons has to do with VR’s use in the medical sector. While it’s been thought that VR can be used to help paraplegic patients to walk again using brain-controlled robotic limbs, recent innovations have shown that this has the ability to go above and beyond its expectations.

Technology has unlocked some marvelous advancements for human civilization, and thanks to the Argus device by Second Sight, it can now provide a cure for blindness!

Check with Your Doctor if “Telemedicine” is Right for You

Remote technology is constantly changing the face of all industries thanks to the versatility and efficiency it provides for its users. Did you know that even doctors are starting to take advantage of it to administer consultation care for their patients in never before seen ways?

Tip of the Week: Try an Ergonomic Workstation Setup

Sometimes you feel exhausted when you get out of work, but you have no idea why. It might be because you’re straining your eyes too much by staring at the computer screen. Or, maybe it’s your back that’s killing you, and even moving slightly is a pain. Perhaps it’s carpal tunnel ravaging the nerves in your wrist. If any of this sounds familiar, it’s safe to say that you could use a workstation overhaul.

American healthcare organizations must store and exchange patient data in ways that comply with the HIPAA law, or else face hefty fines. One mental health service in Alaska recently learned this lesson the hard way after being hit with a $150,000 fine. Is your healthcare organization’s IT infrastructure 100 percent HIPAA compliant?

This subject isn’t very interesting outside of hospital administrators… or for hospital administrators, but there’s no denying that healthcare is one of the most important industries in our society today; and one that is having a technology overhaul at present. The influx of cheaper and more powerful technology is surely going to be a driving force for healthcare in the 21st century. Under the Health Information Technology for Economic and Clinical Health Act (HITECH), the United States government has followed the lead of other Western nations in forcing entities to upgrade their healthcare practice’s information technology for the betterment of patients, insurers, and health care providers.

Information Technology’s Role in the Future of Health Care

We live in a time where information technology has touched every facet of life. It would be a fair bet to assume that, at this point, it is more commonplace than a trend. We are inundated with Internet-connected computer systems in every aspect of life. We use automated tellers to do our banking, most major retailers have automated checkouts to supplement the work staff they have in place, and even your Grandma uses Gmail. With this technology saturated into the culture, there are many pragmatic uses that are just now being discovered and implemented. Nowhere is this more true than in the health care industry.

6 Office Snacks That Take Forever to Burn Off

When it comes to listening to music while getting work done, it seems like you can either do it or you can't. Some office workers need absolute silence to get work done. Other people can turn up the volume, tune out the world, and still think clearly. Coffitivity is an audio app that brings balance between the right and left brain.

The Seinfeld Productivity Calendar is a simple way to coax you into accomplishing your goals in a very primal, if not OCD, kind of way. It's named after its creator, Jerry Seinfeld, who is known for much bigger things. Jerry Seinfeld is not only a sophisticated actor/comedian, but he also has a very interesting way to get things done. 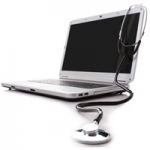 Is your computer's speed (or lack there of) stressing you out? Intel sponsored a survey and found that computer users experience stress while waiting for their sluggish workstation to respond. They found that 51 percent of adults surveyed said they have done something 'uncharacteristic' out of frustration while waiting for something to load, and of those, 29 percent admit to banging on their keyboard and computer screen. The survey may sound fairly comical, but humans don't like unexpected waiting, especially when we're trying to meet deadlines and get work done. It's a pretty fair assumption to say slow technology is stressful.

Fortunately, there are a few steps that can be taken that will likely give your workstation a little boost, at least closer to where it was when it was first unboxed.