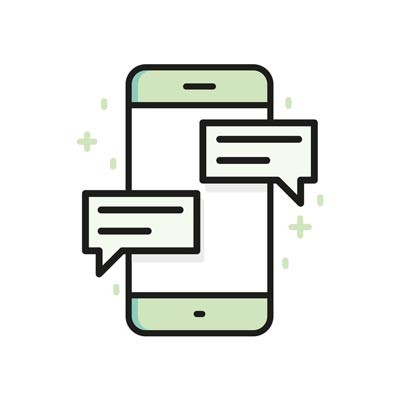 Chatbots have been around for quite some time, and artificial intelligence is shaping the way that they are utilized for the modern business. Virtual assistants have risen in popularity, and they are featured on most smartphones out there. How can these “bots” help your organization?

For Businesses
Most major players in the hardware and software industries have their go-to chatbot. For example, Microsoft has Cortana, Apple has Siri, and Google has its Assistant. There are others that aren’t seen as commonly, though. Amtrak has Julie, which is designed to help passengers move around their website and look for seats. Eno is a chatbot offered by Capital One, which assists cardholders through text messaging. Gartner suspects that by 2020, chatbots will process and handle about 85 percent of all customer service interactions. By 2021, it’s likely that half of businesses will invest more in chatbots than mobile application development.

Making Mundane Tasks Easier
Your organization can save a lot of money by taking the responsibility for certain repetitive and time-consuming tasks and handing it off to bots. This frees up the schedules of important employees who might be better able to assist your company’s vision on other tasks. It’s a great way to improve innovation and production for your organization. Some examples of business-to-business uses for chatbots are lead generation, scheduling, and other processes that don’t always require a human behind the action. In the future, it’s not beyond the realm of possibility that even some more intensive tasks can be automated by chatbots--tasks like processing invoices or placing orders. All of this depends, of course, on whether or not the chatbot software is capable of working well with your organization's systems.

Issues with Chatbots
Even in 2018, the technology behind chatbots is continuously being improved and changed. In 2016, Mark Zuckerberg built his own personal AI called Jarvis, which allowed him to use his phone or computer to manipulate connected devices. In the original demo, Jarvis needed some clarification to get the commands right, and regulations also complicated its ability to show off some of its features.

Microsoft has also shown some of the limitations of chatbots through its Twitter chatbot, Tay. Tay could learn about communication through interaction with its users. In a civilized world, this could have led to considerable personal growth for the chatbot, but since the Internet is far from the ideal place to learn, well… you probably know where this is going. In a matter of hours, Tay was spewing hate and rancor, all thanks to the users who probably only wanted to see just how far they could get the chatbot to go.

Even with these holdups, chatbots are proving themselves to be valuable assets in an ever-changing business environment. How would your organization benefit most from a chatbot? Let us know in the comments.