Google +: The Next Social Frontier 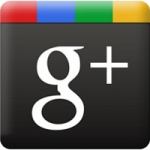 There has been a lot of talk about Google+, Google's new social network. Currently the service is invite only and invites are preciously coveted. Those who have gotten in to try it out have found a clean, simple interface. On first impression, Google+ looks like a very basic Facebook. Is Google+ worth all the clamor and is it going to change the game for social media? Will businesses be able to take advantage of Google+ the same way they do for Twitter, Linked In, and Facebook?

In the past, Google has tried a few times to break into social networking with spectacular failure. Their first attempt, Open Social failed because of the lack of support from the other social networks on the idea of a shared social identity. Google Wave failed because it was mainly useless, and Google Buzz got people in an uproar when it overstepped its bounds on privacy. However, their latest attempt, Google+ seems to not only have hit the mark but is looking to change the social network playing field. Features that are harder to find on Facebook (setting up permissions groups) are prominent on Google+, letting you organize your contacts into circles. While the privacy capabilities aren't nearly as robust as Facebook, your status posts can be assigned to specific circles. Google+ promotes philosophies in place by Twitter as well, allowing you to follow users like celebrities, brands, and public figures without needing them to allow you. Google+'s Sparks feature can tailor the content delivered to you based on topics you like, and produce a feed where it pushes content to you about your interests - it must be said, it isn't simply pushing you advertisements, but actual content based on the things you like. There is also a Huddles feature that lets you video conference with other users on Google+. Where it really gets interesting though, is how deep Google+ is integrated into Google. It seems a lot of the updates and changes Google has been pumping out over the past few months have all been geared towards the end result of Google+. The Google Panda Update that has caused major changes in the way Google ranks websites promotes user experience and organic activity such as social media marketing efforts and user-drawn data such as how long visitors stay on a site. The addition of the +1 button on search results now makes a lot more sense, as it is essentially Google's answer to the Facebook Like button. Google+ isn't the next new Facebook, Google+ is the next stage of Google. While it is too early to tell if Google+ will be a prominent platform for business marketing, Google says that in a few months they will have a platform for businesses to utilize. It would be interesting if they integrated it with other services like Google Places, Google Analytics, and Google Alerts. Google says they have received interest from thousands of businesses and are accelerating their plans to produce a marketing platform for businesses on Google+. Only time will tell, but things are definitely going to be interesting as Google+ begins to open itself up for the world.