Are You Alienating Employees By Forcing Them Back to the Office? 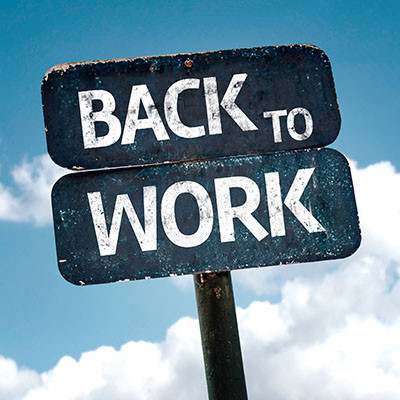 Look, we get it: remote work has become a bit of a topic of contention lately. While employees have been relishing the benefits that remote work offers them, many employers have been doing everything they can to bring their workforce back into the workplace.

Now, it wouldn’t be unfair for you to assume that we would push remote work as a managed service provider because we just so happen to assist businesses in managing it as a part of our services. This is true enough…but we aren’t the only ones with an opinion on the topic.

You Don’t Have to Take Our Word that Forcing In-House Work Doesn’t Work:

“But from my experience, if you are counting on forced hours spent in a traditional office to create collaboration and provide a feeling of belonging within your organization, you’re doing it wrong.”
— Michael Dell, of Dell Technologies

That’s right, the CEO and Chairman of Dell Technologies is on our side, too.

Where Did All This Come From?

A bit of background might help a bit here.

A few months ago, accomplished author Malcolm Gladwell—of Outliers, Blink, The Tipping Point, and many other works—sat in on a podcast. From there, Gladwell tore into the concept of remote work. A few choice soundbytes include:

“I know it’s a hassle to come to the office. But if you’re just sitting in your pajamas in your bedroom, is that the work-life you want to live?”

"We want you to have a feeling of belonging and to feel necessary and we wanted you to join our team, and if you're not here it's really hard to do that."

"If we don't feel like we're part of something important, what's the point? If it's just a paycheck, then what have you reduced your life to?"

“It could have[sic] a really lovely thing where, if you preferentially select people based on their desire to work in the office, that’s a really wonderful way to build a really nice office culture, right? For the moment, you can just cream-skim all the people who believe in the value of that.”

Now, we don’t want to take too much time going over the flaws in Gladwell’s argument (who, by the way, does the majority of his work from his home office or in local eateries, has no dependents he is responsible for caring after, and collected all his observations from his own audiobook and podcast company), so we’ll instead turn back to Michael Dell. Dell directly referenced Gladwell’s ill-received comments in a blog post he shared on LinkedIn—which is where his above quote came from.

According to Dell, his company started incorporating remote work years ago, to the point where over half of Dell Technologies’ team (65%) was working remotely between one to five days a week before the events of 2020 made them necessary.

Dell also cites the Dell Technologies Breakthrough study that his company and U.K.-based technology market research company Vanson Bourne produced by surveying 10,500 people around the world. While perhaps not the largest sample size considering the scope of the survey, it still revealed that 80% of respondents foresaw remote work offering significant benefits, including improved financial independence, more time with loved ones, and increased time to spend on personal endeavors. According to Dell, 88% of the team members his company has hired since March of 2020 report their plans to stick around.

He does also share some less-promising results—like the fact that 58% of survey respondents still struggled with their work/life balance and 41% still reported burnout amongst their staff—along with his belief that Gladwell was observing these trends in his own workforce.

Dell goes on to state something that we perhaps agree with the most: that “...you have to supply your team with the right tools and processes.”

The Right Technology Makes All the Difference

Dell makes plenty more statements that we wholeheartedly agree with, describing how their proactive efforts into digital transformation (or in other words, adopting more flexible and beneficial IT) have assisted Dell Technologies in remaining, as the CEO puts it, “resilient.”

“We’ve realized that one size does not fit all and shifted away from focusing on where our team members work to what they need to do, and ensuring they have the right tools, support, and technology to do it.”

Michael Dell is Right, and We’re Here to Provide the Tools, Support, and Technology He Mentions

Whatever your plans are for the future of your organization, we can help you make them as successful as possible through the use of the right IT. Give us a call at 607.433.2200 to discuss your needs and wants with us today!