Tip of the Week: How Serious is Blue Light Exposure, Really? 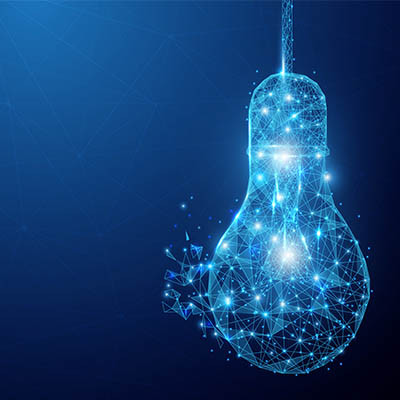 Every day, it seems like there’s a new threat to be concerned about. Obviously, there’s the big one that the whole world’s been dealing with, but there’s also the smaller things that we’re supposed to be worried about… like “blue light”, for example. What is that, and what can it really do?

As it turns out, blue light is more than just a marketing gimmick, and can potentially impact your health. Let’s go over a few tips to help you filter it out, and why you may want to do so.

What is Blue Light, Exactly?

Time for a bit of a science lesson: light as we know it is much more complicated than you might expect. What we perceive as visible light is actually made up of various different rays that all combine to produce the light that we can see.

We aren’t going into much detail at all here, but one type of these rays—blue light rays—offer the highest energy levels and the shortest wavelengths. While naturally occurring in sunlight, blue light can also be sourced from various man-made fixtures found indoors—LED and fluorescent lighting, televisions, and perhaps most prominently, the screens of our computers, tablets, and other mobile devices.

Unlike some other forms of light—like ultraviolet light, for example—the human eye isn’t all that good at blocking blue light rays from reaching the cornea.

This contributes to an odd dilemma, of sorts. While blue light has been linked to improved alertness, memory, and other cognitive functionality, as well as helping to regulate the body’s wakefulness and sleep—it can also contribute to significant complications, potentially leading to eye strain or even macular degeneration.

What Our Devices Contribute Through Their Blue Light

Let’s look at this historically for a moment: For the vast majority of human history, sunlight and other natural forms of visible light were the only source that people got—really, until incandescent light was created.

As a result, the more screens and “artificial” light sources that we are surrounded with each day, the more blue light we are exposed to, ultimately throwing off the balance that the natural sources we’ve received over the years have maintained for most of human history. What’s worse, the fluorescent and LED-lit bulbs that are so popular today throw off considerably more blue light than their incandescent ancestors.

How impactful can this blue light really be? Well, a few experiments help to shed some light (so to speak) on the situation. A Harvard study once experimented with the impact of a set amount of blue light exposure to a corresponding amount of green light exposure. Six and one-half hours of blue light suppressed enough melatonin (the hormone that controls a person’s circadian rhythms) had double the impact as the green light did, leading to a three-hour shift in circadian rhythm as compared to one and one-half hours.

The effects can be even more pronounced, decreasing the amount of sleep that people get and contributing to increased risk of depression, diabetes, and cardiovascular issues.

What Can Be Done About Blue Light?

Here’s the thing—there are a few ways that you can help reduce your exposure to blue light and help minimize its effect on your sleep, including:

You can also adjust these kinds of preventative measures in your device’s settings. On Windows, navigate to the Start menu and access your Settings. From there, go to System, Display, and finally, Night Light Settings. You can there adjust the Schedule, either by applying custom-scheduled times or simply to activate the Night Light to turn on and off from Sunset to Sunrise.

Macs also offer Night Shift, which can be customized via System Preferences, Displays, and Night Shift.

For more assistance with any of your IT solutions, make sure you reach out to our team!