What is the Konami Code? 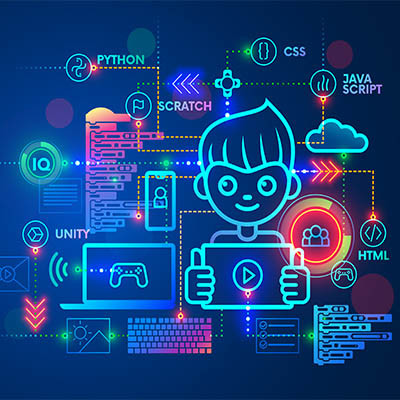 If you’re familiar with the combination
Up-Up-Down-Down-Left-Right-Left-Right-B-A-Select-Start, chances are good that you grew up in the 80s. This is because this combination of buttons is the infamous Konami Code, a cheat code that video games (and others, including some websites and software) have continued to reference since it first appeared in 1986.

Let’s examine the Konami Code’s origins, as well as the various ways it has been used since.

Where Did the Konami Code Come From?

Back in 1986, the video game company Konami released a home version of the arcade game Gradius playable on the Nintendo Entertainment System (NES). However, in order to test the game out throughout its development for the NES, the entire game needed to be played through, each time. The developer responsible for the game, Kazuhisa Hashimoto, found this far more frustrating than it should have been. To fix this, Hashimoto created a cheat code to simplify his process that—by unlocking every power-up that would otherwise be granted throughout the game—made it much easier to move along to the point that needed to be tested.

The thing is, the code was never removed as it should have been before its release, as its inclusion wasn’t caught until it was too far into production to remove it without creating additional glitches to deal with. Fortunately, the Up-Up-Down-Down-Left-Right-Left-Right-B-A-Select-Start combination wasn’t one that a user would be apt to put in unless they intended to.

However, the code was quickly discovered, and since then has been purposefully included in numerous games. More to our point, it has also appeared elsewhere, firmly cementing itself into pop culture.

Other Places the Konami Code Has Since Emerged

In addition to Gradius, the Konami Code has appeared in dozens of other games. One particularly famous example is the use of the Konami Code in the game Contra, where the player would receive 30 extra lives. This is just one example of the many, many games that have incorporated the Konami Code into their gameplay in one way or another.

In addition to these appearances, the Konami Code has been referenced in many pieces of popular culture outside of the video game world. Somewhat recently, it served as a major plot point in the movie Wreck-It Ralph, was encoded in the background of an episode of the animated spy series Archer, and has been recited in an episode of Family Guy.

Of course, it has also been heavily utilized by various websites and services as an Easter egg of sorts. Reciting it to the Google Assistant or Amazon’s Alexa will trigger one of a few responses from the assistants, and entering it into an Error 404 page on Discord will start a game of snake.

So, if you ever come across the combination
Up-Up-Down-Down-Left-Right-Left-Right-B-A-Select-Start, now you know what it is and where it came from. Have you ever stumbled across the Konami Code before? Share it with us in the comments, and make sure you subscribe to our blog.